Spotify hosted a concert for Meek Mills in New York City for social media VIP influencers.  Spotify wanted to provide every guest with a personalized laser engraved trophy as a keepsake.  The atmosphere was electric and the volume was intense.  Despite the initially to communicate verbally, our systems in place made it easy for guests to submit their request and seconds later pick up their trophy. 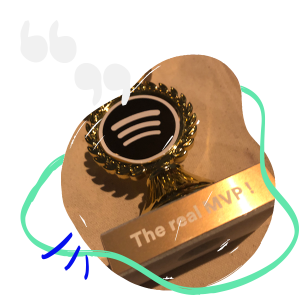