Personalized and Customized giveaways live on site in person at sporting events, trade shows, activations, concerts, tournaments and corporate events in Sydney, Melbourne, Brisbane and Adelaide in Australia as well as nationwide in the United States.

Nike, a key sponsor during the Summer Olympics in Rio, partnered with Digital Events to provide personalized laser engraved Nike sunglasses to the world’s Olympic athletes. Out of the 7,500 athletes attending the games, over 3,500 of the athletes were under direct contract with Nike.

Nike rented out the luxury Itanhangá Golf Course in Rio De Janeiro Brazil for 2 months during the summer Olympics. Athletes from around the world were invited to enjoy a day of golf at the resort when they weren’t training. Each athlete was given complimentary Nike apparel including personalized laser engraved Nike sport sunglasses which retailed for $130 USD.

Digital Events staff assisted the athletes with the selection of their sunglasses as well as walked them through the many options for personalizing which included both their name as well as emojis, icons and other graphics.

Digital built a virtual designer which allowed athletes to place the text and graphics exactly where they wanted them, and preview the results before submitting to be engraved. The top athletes from every team worldwide came through the laser engraving experience. 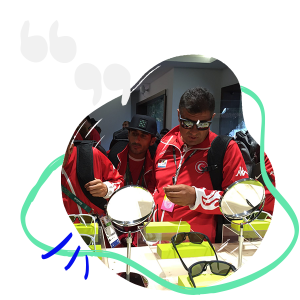